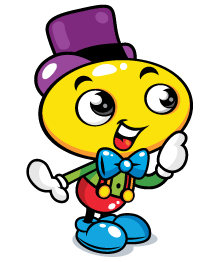 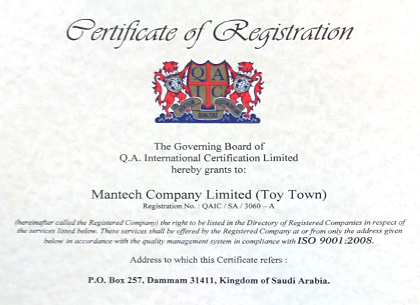 The journey for excellence in Toy Town is never ending! As it received the certification for the ISO 9001:2008 0n the 2nd of September 2014.

The journey for excellence in Toy Town is never ending! As it received the certification for the ISO 9001:2008 0n the 2nd of September 2014. 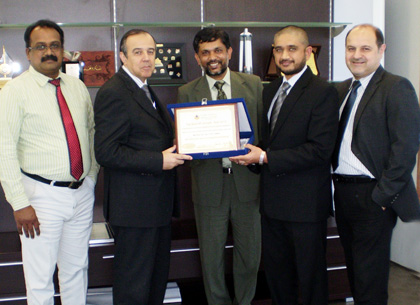 Toy Town successfully passed the ISO Assessment on the first attempt! Dammam and Khobar are the two locations which have been taken part of this certification. For the next six months, Riyadh locations will be part of this process. The said certification is a symbol of growth for Toy Town and it will serve as an inspiration to do more improvements and creative ideas to remain the best in Indoor Family Entertainment Center in the Kingdom!

According to Mr. Asim Baig, “The journey has not ended here! It’s the start of an excursion towards the quality highway, because after getting the certificate, customer’s expectation will increase and we need to exceed those expectations. 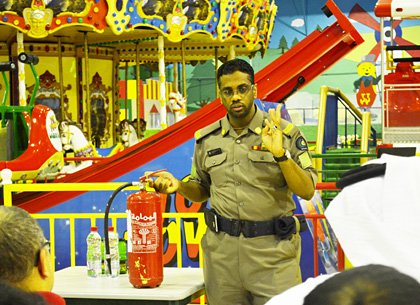 “SAFETY FIRST!” This is the prime concern of Toy Town on its properties and most especially for customers. A fire safety training was held in Toy Town Al-Hassa Branch. Mr. Abdulrahman Almusa’ad from the Civil Defense Department headed the sessions and eventually an actual fire drill was done under the supervision of the Civil Defense committee. The same training will be held in different locations of Toy Town around the Kingdom to ensure the fire safety and security. 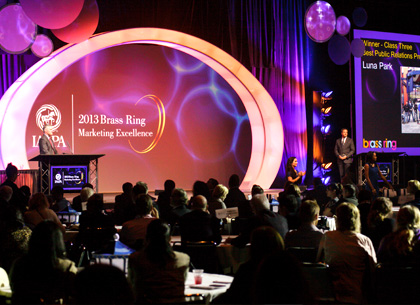 Toy Town a proud member of the IAAPA (International Association of Parks & Attractions) have participated the said event with Mr. Shareef Noor Mohammed, the Purchasing and Logistics Manager as representative of the company.

The expo gave a potent mix of new products, ideas & connections that can only be found in the world’s largest attraction industry event. Toy Town continuously exploring many possibilities to improve the Family Entertainment Services of the group by getting:

What’s new and what’s next for the Industry from the products service innovations from different companies.

To enhance the business and to improve the leadership skills from the educational sessions during the fair.

To grow professional contacts and build relationships that can be relied on through the years. 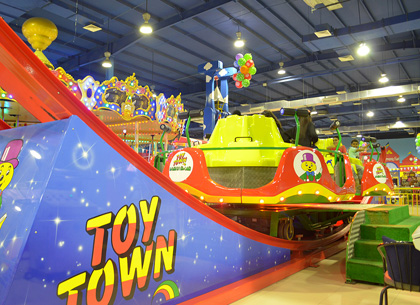 After 10 years of successful FEC business in the city of Al Hassa Toy Town have uplifted the said location into a higher grounds with its new designs! A new environment that will surely capture the hearts of kids and families. The new town goes along with the current developments around the city with new malls, hotels, hypermarkets and lots of housing projects sprouting around the vicinity of Toy Town.

TT-Al Hassa with a total area of 5000 sq.m. is one of the top locations in terms of rvenue. Excellent services in Family Entertainment is always the priority. This location is now having the “TOWN” theme. An original theme which was loved & appreciated by the patrons for more than 25 years.

Brand new games can be found around the town with ample spaces for family bonding! It’s more fun in Toy Town ….Come and visit us in Al –Hassa! 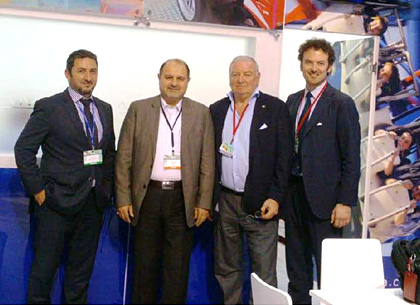 The team visited suppliers booth and explored the new in entertainment industry, many meetings were held and agreements were made to buy new and latest big rides, video games and kiddy rides in order to keep Toy Town with advance position among other entertainment centers. 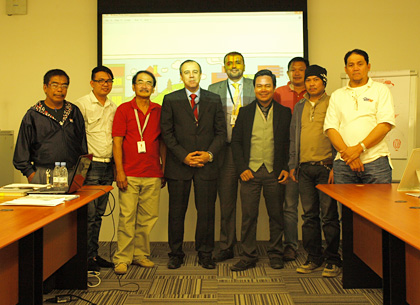 This course was designed for the employees who are having eccentric skills. Creativity is one of the most important factors in building an entertainment center. The company is so blessed with a line of talented workers. To execute an architectural design using the “Talent” alone is not complete without the proper “Knowledge”. 80% of the training session is merely practical as the instructor wants to extract the creativity of each participant. The said course evolved within the following objectives:

1.0 To build a strong design team that will turn an equally impressive Architectural Design into reality for Toy Town Projects and the group.
2.0 To unite all the Artists in having a single and more focused mind in evaluating a given Architectural Designs.
3.0 To provide additional information in the field of Architectural Theories of Designs-The Principles of Composition.

Toy Town is continually nourishing the growth & development of its employees which will definitely contribute for the success not only of the division but for the whole group. To achieve a greater triumph in the Family Entertainment Industry in the future, Toy Town is currently building a stout foundation in the present. Mr. Elmer Domingo Aquino, inculcated the session. 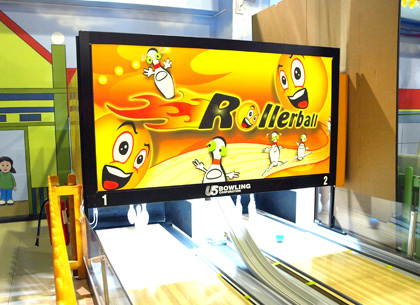 Toy Town is very pleased to announce the operation’s start of the new game “Mini Bowling”. The two games are available now in Khobar Toy Town (Fouad Center in Khobar) and in Sahara Toy Town Sahara center in Riyadh).

The start was very promising, we believe we’ll have more games in other locations soon.

Please visit the said location and enjoy a wonderful time with your family for a very reasonable price even before AF’s member discount.